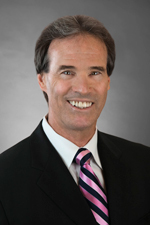 In 1986, as an Assistant U.S. Attorney in the Northern District of Illinois, Mr. Purdom prosecuted what was then the largest health care fraud in the United States. He secured the dismantling of a $20 million Medicaid fraud scheme, and the conviction of more than 40 individuals, including doctors, pharmacists and others associated with the scheme. Mr. Purdom coordinated the efforts of the U.S. Postal Inspectors, the Illinois Department of Public Aid, the Illinois Department of Registration and Education, the Illinois State Police and the Internal Revenue Service, and gained valuable working knowledge of the health care billing system. During his tenure with the U.S. Attorney’s Office he tried more than 35 jury trials and briefed and argued more than 15 appeals before the Seventh Circuit Court of Appeals.

Previously, from 1980 to 1986, he served as an Assistant United States Attorney for the Northern District of Illinois (Chicago).

Mr. Purdom graduated first in his law school class from Southern Illinois University School of Law in 1978. In addition, Mr. Purdom was the recipient of the Monroe Award for Excellence in Legal Writing and Research, and the West Award for Highest Academic Honors (1st, 2nd and 3rd years). He also received numerous awards for highest grades in individual classes.

Mr. Purdom was a law clerk for Chief U.S. District Court Judge James L. Foreman of the Southern District of Illinois, 1978 to 1980.

Mr. Purdom has continued his significant record of trial success across a wide spectrum of commercial litigation and white collar criminal cases. Among his representative cases are:

Mr. Purdom has spoken extensively on issues related to health care fraud, white-collar crime, the False Claims Act, attorney discipline, corporate compliance and internal corporate investigations. He was an instructor in the area of health care fraud at the FBI Academy in Quantico, Virginia, and has also been an instructor and lecturer for the National Institute of Trial Advocacy at Northwestern and Loyola Universities, the Department of Justice Advocacy Institute and the DuPage Bar Association Trial Advocacy Program.

Mr. Purdom was the subject of a profile entitled "Q&A With Hinshaw’s Daniel Purdom," that appeared on December 20, 2011 on the Law360 website.

Mr. Purdom has written numerous articles, treatises, and other works on issues in his areas of practice focus. Examples of his published works include: