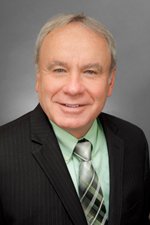 Timothy Sullivan is an experienced transactional lawyer. He has orchestrated a number of mergers and acquisitions, handling all aspects of compliance with federal and state securities laws and regulations, and issues relating to ERISA, tax, labor and environmental matters. Tim is a past leader of Hinshaw's national Commercial Transactions Practice Group.

Tim has also provided general advice to publicly traded corporations regarding the applicability of federal and state securities laws and helped them comply with various federal and state securities regulations. Tim's counsel reflects his extensive knowledge of Securities and Exchange Commission (SEC) requirements and their application to annual reports, Form 10-K, proxy statements, private placement memoranda, and executive stock appreciation and restricted stock compensation plans. He also advises clients on insider trading restrictions, insider trading reporting and related issues under Section 16(b) and Rules 144 and 145. Tim has served as issuer's and underwriter's counsel in various public offerings and private placements of securities.

Tim has also advised corporations on corporate governance issues, particularly with regard to corporations organized under Delaware or Illinois law. This includes providing day-to-day advice on various corporate matters. In addition, he has assisted public companies in developing charters for various board committees (e.g., governance, audit, compensation) and governance policies that comply with the requirements imposed by the SEC, and NASDAQ or the NYSE. He has also assisted privately held corporations in developing such charters and policies.

Tim joined Hinshaw & Culbertson LLP in 1994. He was previously the chair of the mergers and acquisitions practice, and member of the management committee, at the Chicago law firm of Pope, Ballard, Shepard & Fowle. He joined Pope, Ballard in 1977 after serving a two-year judicial clerkship with Daniel P. Ward, Chief Justice of the Illinois Supreme Court.

Examples of the more significant merger and acquisition and financing transactions handled by Tim include:

Reverse Acquisition
Assisted a privately held company that provides services to the casino industry in becoming a public company. Tim engineered a "reverse acquisition" allowing the client's shareholders to exchange their shares for 95% of the stock of an SEC-registered company that had not conducted operations for several years. The client became a wholly owned subsidiary of the public company, and the shareholders took control of the public company. Tim's work on the reverse acquisition included drafting the acquisition agreement, preparing convertible notes and warrants, drafting a stock option plan, and filing initial Form 3s and Schedule 13Ds for the officers and directors of the client. The client undertook a private placement to raise up to $7 million, and Tim handled the Form SB-2 ownership registration filing for the insiders, warrant and note holders, and private placement purchasers.

Tax-Free Stock Exchange
Assisted a NASDAQ client, capitalized at $750 million, in acquiring a closely held company in a tax-free stock exchange valued in excess of $130 million. The client did not register with the SEC the common shares delivered to the selling stockholders because the SEC holds that the stockholders of a closely held corporation make their investment decision when they sign the acquisition agreement and make the exchange a private placement. Immediately after the closing, the client filed a Form S-3 shelf-registration permitting the stockholders to sell their shares of the client's stock off the "shelf" for one year following the closing, after which the stockholders could sell their shares pursuant to Rule 144. In addition, the client gave the stockholders demand registration rights and piggy-back registration rights, available for three years after the expiration of the shelf-registration statement. Tim drafted all of the acquisition agreements, including the registration rights agreement and the investment agreement (which established that the exchange was a private placement), as well as the S-3 Registration Statement.

Acquisition of Stock
Assisted a client in its acquisition of all of the stock of a NASDAQ listed company for $430 million. Tim filed an S-4 Registration Statement to register the common shares issued in the transaction. Due to the nature of the transaction, the client's shareholders also had to approve the acquisition, and the Registration Statement included a proxy statement for that purpose. The acquisition also involved a lock-up option for the buyer, which permitted the client to acquire up to 19.9% of the seller's issued and outstanding common stock if a third party made a hostile offer for the seller. Tim led the team drafting all of the acquisition documents, including the Registration Statement and the lock-up option, reviewed the seller's and the buyer's benefit plans to facilitate the merger of these plans or the termination of the seller's plans, and assisted in various aspects of the due diligence process. The firm also provided the tax opinion for the transaction.

Proxy Contest and Asset Sale
Assisted in selling a $250 million, NASDAQ-listed holding company for $53 million following an extended, SEC-supervised proxy fight with a dissident shareholder. Hinshaw handled all filings and communications with the SEC during this proxy fight. The firm also represented the client in a number of special factors relating to the sale, including: securing funds to cash out employee stock options and terminate an ESOP, which held more than $2.0 million of stock that had not vested; securing buyer approval of "golden parachute agreements" held by key management personnel; and preparing the proxy statement relating to the shareholder vote on the sale of the company, including SEC review and mailing to the shareholders.

Leveraged Buy-Out
Assisted in selling two clients in a leveraged buy-out for a total of $28 million, plus the assumption of approximately $8 million in debt. The sellers, located in Iowa, process ham and turkey for major meat-packing companies. The transaction was consummated by merging one of the selling companies into a wholly owned subsidiary of the buyer, and by the buyer acquiring substantially all of the assets of the other selling company. The acquisition agreements contained extensive indemnification provisions and required the sellers to establish indemnity funds. A substantial amount of one of the selling company's stock was owned by an ESOP. The ESOP participants had to approve the merger, and a fairness opinion had to be secured for their benefit. In addition, the other selling company was a Subchapter S corporation. As a consequence, certain tax issues had to be addressed before the acquisition could be consummated.

Other Merger and Acquisition Transactions that typify the range and creativity of the deals on which Tim has worked:

Since the adoption of the Sarbanes-Oxley Act, Tim has provided regular client alerts on the topic as well as changes in other SEC rules, which are published on Hinshaw's website.  Additional publications include: