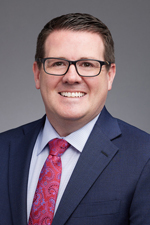 John employs a cost-effective defense strategy in large exposure class actions, as well as in nominal personal injury claims. His creative legal arguments have allowed his clients to find a positive resolution at a variety of different court levels, including: the 7th Circuit Court of Appeals, the Illinois Supreme Court and the Massachusetts Supreme Judicial Court.

John has successfully defended companies and attorneys in numerous class actions involving the Fair Debt Collection Practices Act (FDCPA), the Telephone Consumer Protection Act (TCPA), the Illinois Collection Agency Act (ICAA), the Indiana Collection Agency Act, the Indiana Uniform Consumer Credit Code (IUCCC), the Illinois Consumer Fraud Act (ICFA) and the Indiana Deceptive Consumer Sales Act (IDCSA), as well as other common law and statutory claims. He has become a leading defense counsel in the collection industry for cases involving licensing issues. John has vigorously defended over 20 consumer class actions which were based upon the defendant allegedly needing, but not having, a license to collect under some state statute. He received several favorable opinions on this issue in both Illinois and Indiana. John convinced the Illinois Supreme Court to issue an opinion in favor of his client wherein the debtor argued that the judgment against him was void because the plaintiff did not have a license.

John is defending dozens of employers in class actions for alleged a violation of the Illinois Biometric Information Privacy Act (BIPA). Relying on his experience defending a variety of consumer class actions, John works with his clients to develop creative strategies for defending these newly litigated matters. John has submitted numerous briefs on behalf his clients at both the trial and appellate court the levels. He has also helped other clients develop cost-effective resolution strategies to bring an end to their BIPA class action litigation. While the law on BIPA continues to develop, John identifies the strategies which work best for his clients.

John assisted in the research and editing of  "The Class Action Fairness Act of 2005 – Navigating Through its Sea of Uncertainty, Parts I and II," which was authored by Hinshaw attorney, Steve Puiszis. It was published in For the Defense, Vol. 47, Nos. 10 and 11, Defense Research Institute, October and November 2005, and also in The John Marshall Law Review, Volume 40, Fall 2006, Number 1.