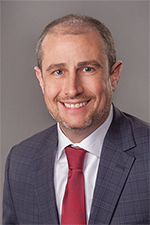 Michael Iasparro focuses his practice on complex litigation and internal investigations, as well as counseling clients on antitrust and compliance-related issues. He has significant experience litigating complex cases in state and federal courts — with particular emphasis in federal court — including matters involving environmental, white collar crime, civil rights, antitrust, and labor and employment law, as well as commercial litigation. Mr. Iasparro has served as lead counsel in more than 25 jury trials and has conducted hundreds of depositions of lay and expert witnesses. He also has authored and orally argued more than 20 appellate briefs before the U.S. Court of Appeals for the Seventh Circuit.

Drawing on his years as a former federal prosecutor, Mr. Iasparro also has extensive experience representing clients in relation to government investigations, as well as conducting internal investigations on behalf of his clients, from employee-related matters to complex investigations that are international in scope, including those relating to possible violations of the Foreign Corrupt Practices Act and export control regulations. He has worked extensively with government regulators and investigators from various federal agencies on behalf of his clients, including from the U.S. Departments of Justice, Treasury and Commerce.

Mr. Iasparro joined Hinshaw & Culbertson LLP in November 2008. Previously, he served for more than six years as an assistant United States attorney for the Northern District of Illinois. During his time as a federal prosecutor, he directed complex criminal investigations and convicted more than 150 defendants of felony crimes in federal court. He also litigated 19 cases to jury trial, securing guilty verdicts in every case. One of Mr. Iasparro's cases, which involved the prosecution of 16 members and associates of the Titanic Stones street gang, a violent drug-trafficking gang that controlled much of the heroin and crack cocaine trade in Rockford, Illinois, was featured on the MSNBC documentary, "Inside a Crack House" in late 2010.

Mr. Iasparro began his legal career in 2001 as an assistant state's attorney in the Winnebago County State's Attorney's Office in Rockford.

Examples of some of Mr. Iasparro's recent litigation experience include:

Mr. Iasparro is a graduate of Boylan Central Catholic High School in Rockford, Illinois, and a past president of the school's Alumni Board of Directors. He also served on the Boylan Institutional Advancement Task Force, and was previously a member of the Board of Directors of Klehm Arboretum and Botanic Garden. He currently serves on the Rockford Area Chamber of Commerce Board of Directors and the chamber's Public Safety Council.