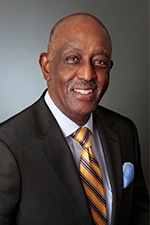 Gene Brown is well known as an exceptional trial lawyer, having successfully tried to verdict in excess of 125 jury trials. He has been lead counsel in actions from those venued in the Eastern District of Texas involving intellectual property, to the defense of product liability, toxic tort, complex commercial, and personal injury actions in every major judicial jurisdiction in California, including Alameda, San Francisco, Solano, Marin, San Mateo, Los Angeles, Ventura, and San Diego counties, as well in the U.S. District Courts of Northern, Central, and Southern California.

He has evaluated and successfully resolved innumerable actions pre-trial, in California and nationally, and has appeared before the California Supreme Court, and various courts of appeal throughout the State.

He has served as an expert witness in a variety of matters, and is a current and past faculty member in the ABA TIPS/ABOTA TRIAL ACADEMY conducted at the National Judicial College, Reno, Nevada, and the ABOTA National Trial College.