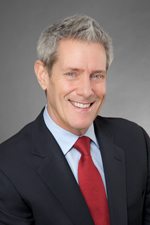 James Wyman is an experienced appellate practitioner who is Board Certified by The Florida Bar in Appellate Practice.

James has served as lead appellate counsel in hundreds of cases at both the state and federal levels, and has appeared before all five Florida district courts of appeal as well as the Florida Supreme Court. He has also handled appeals in the U.S. Courts of Appeals for the Third, Fifth, Seventh and Eleventh Circuits, and has briefed a number of cases to the Supreme Court of the United States. James oversees a wide range of appellate matters that encompass the breadth of civil law, including administrative law, commercial law, family law, medical malpractice, insurance coverage, labor law, employment law, bankruptcy, probate and trusts law, products liability, personal injury, real estate and foreclosure, and workers’ compensation cases. As part of his appellate practice, James provides briefing, analysis, and other strategic support to the firm's trial-level litigators.

Save for a short break in 2009, James has been with Hinshaw since April 2005. He was previously an associate for two years with the Miami firm of Hicks & Kneale, P.A., where he first began to concentrate solely on appeals. Prior to that, he was a commercial litigation associate for a year with Jorden Burt LLP and for three years with Greenberg Traurig, P.A.

Upon graduation from law school, James was a law clerk for the Honorable Gerald B. Cope, Jr., at the Florida Third District Court of Appeal in Miami.

James graduated 10th in his law school class. In addition to his other honors, he received Book Awards for contracts, legal writing, administrative law, employment law and environmental law.

He also received the 1997 College of Law Academic Leadership Award. He was a member of Phi Delta Phi and Seminole Torchbearers, and was an Ausley Scholar. Additionally, during law school, James was the legal research assistant to the late Talbot "Sandy" D'Alemberte, the president of Florida State University and former president of the American Bar Association.

As an undergraduate, James received the Outstanding Graduate Award and was a member of Alpha Chi National Honor Scholarship Society and Arts & Sciences honor Society. He appeared in Who’s Who in American Universities and Colleges.