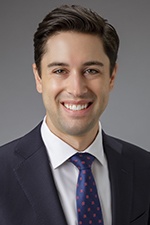 Michael Stephenson defends the interests of clients in litigation, focusing on government-related matters. A former Assistant Attorney General for the Office of the Illinois Attorney General (OAG) in the Prisoner Litigation and Civil Rights Units, Mike has extensive experience representing the State of Illinois and its employees in federal court.

During his tenure with the OAG, Mike chaired several federal jury trials, including those involving constitutional issues under the First and Eighth Amendments such as retaliation, failure to protect, conditions of confinement, and excessive force. He also counseled state agencies on settlement agreements and negotiated settlements during conferences before federal judges.

Most recently before joining Hinshaw, Mike represented closely held corporations and insurers in a variety of contract and tort actions in state court with a firm in Chicago. These cases primarily involved claims for breach of contract, fraud, and negligence.