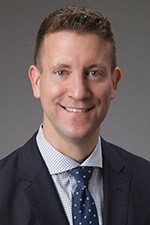 Mr. Novak joined Hinshaw & Culbertson LLP as an associate in September 2007. Previously he had been a law clerk with the firm since May 2005. He was also a summer associate at the firm in 2006.

Prior to his legal career, Mr. Novak worked for four years at the Bedford Falls Company, a film and television production company in Los Angeles, California. He received production credit on a number of projects, including The Last Samurai and I Am Sam, and the television show Once and Again.

While in law school, Mr. Novak studied abroad in Strasbourg, France, and Oxford, England, in July 2005.