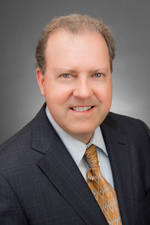 David is active in several leading consumer financial services industry organizations, such as ACA International, National Creditors Bar Association (NCBA), and the Receivable Management Association International (RMAI). He received the ACA's 2017 Judicial Advocate Award, which recognizes an attorney who in the past year has been an "outstanding advocate on behalf of the credit and collection industry." On behalf of ACA International, he wrote and submitted to the U.S. Supreme Court an amicus curiae brief in Mims v. Arrow Financial Services, LLC, 132 S.Ct. 740 (2012), and for NCBA, he wrote and submitted to the Court an amicus curiae brief in Edwards v. First American Financial Corp. (2011). David was also selected by ACA International's president to serve on the organization's five-person Members' Attorney Program Committee (2012 – 2015). He is an ACA MAP Attorney for Illinois and has served on the Judicial Committee. He also serves on a NCBA defense panel consisting of firms that provide risk management advice and defend NCBA members, and is on the Membership Committee. Following nomination by his peers, David was also recognized by Collection Advisor as a Top Attorney in Collections in 2018.

David currently serves on the firm's Management Committee and is a former chair of the firm's Consumer & Class Action Litigation group.

Prior to joining Hinshaw, David served for two years as a judicial clerk for the Honorable Howard C. Ryan, Justice of the Illinois Supreme Court. He also served on the legal staff of Michael J. Madigan, Speaker of the Illinois House of Representatives.

David's reported consumer litigation and legal malpractice cases include a number of precedent-setting decisions. These include:

David frequently speaks before industry, professional, and legal associations on legal ethics and consumer litigation issues. His recent presentations include:

B.S., University of Illinois at Urbana-Champaign