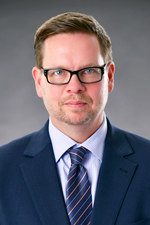 Kevin Coan is a business lawyer who focuses his practice primarily on solving complex problems and minimizing legal risks faced by closely-held businesses and their owners.

Kevin has a particular emphasis on business transactions, employment law, business disputes, and real estate disputes. He provides his clients with advice on everyday matters, and if necessary, protects their interests in litigation. Kevin also assists clients with prosecuting and defending non-compete matters, commercial disputes, real estate matters, and shareholder disputes in state and federal courts throughout the country.

He also works closely with business owners and human resource professionals on a regular basis regarding employment law issues nationwide, including wage and hour issues and audits, leave administration, investigations, the FMLA, ADA accommodations, background checks, termination, discipline, and drug and alcohol testing. He counsels on the drafting and updating of employee handbooks, employment and separation agreements, and other employment-related issues. Kevin also represents companies and executives in negotiating employment, separation, and consulting agreements.

Kevin joined Hinshaw & Culbertson LLP in July 2010. Previously, he was a partner in the Minneapolis office of Barnes & Thornburg LLP.

Kevin began his legal career in 1999 as an associate at Parsinen Kaplan Rosberg and Gotlieb, P.A., in Minneapolis. He became a partner there in 2005. In July 2009, The Parsinen firm combined with Barnes & Thornburg.

Kevin graduated in the top 10% of both his law school and undergraduate classes. During law school, he was a research assistant to Professor Neil Hamilton and received multiple CALI "Highest Grade Awards." He also received the Phi Delta Phi Legal Ethics Award and was a co-recipient of the "Best Article Award" (1998–1999) from Bench & Bar of Minnesota.

Mr. Coan has been quoted in the St. Paul Pioneer Press. A selection of his publications includes: