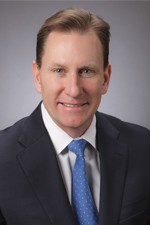 Ken Yeadon is a former Assistant U.S. Attorney and SEC Enforcement Attorney. He uses his background to defend individuals and companies in investigations and indictments and lawsuits by the Department of Justice (DOJ), U.S. Attorney's Offices, State Attorney Generals, Securities and Exchange Commission (SEC), Public Company Accounting Oversight Board (PCAOB), FINRA, and other government agencies and self-regulatory organizations.

Ken is an experienced trial and appellate lawyer. He has successfully tried multiple jury and bench trials in federal district court and in SEC Administrative Proceedings, and argued numerous appeals before the U.S. Court of Appeals for the Seventh Circuit.

Ken is a skilled and experienced investigator. He has been called on to lead internal investigations for private companies and public agencies including whistleblower allegations, conflicts of interest, and employee theft.

Ken is a frequent commentator in the press on the government's criminal and civil fraud enforcement efforts and the SEC, and has been quoted in the Wall Street Journal and other media. He writes regularly on these same topics and is often invited to speak.

Before his legal career, Ken was a CPA. He passed the Uniform CPA Examination in 1992.

Ken has successfully tried multiple cases in federal district court and in SEC Administrative Proceedings, and argued numerous cases before the U.S. Court of Appeals for the Seventh Circuit, including: