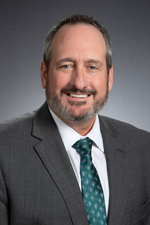 Prior to joining Hinshaw in 2010, Ruel began his practice at one of Florida's oldest and largest statewide law firms. While in law school, he interned for the United States Attorneys' Office for the Middle District of Florida, Tampa Division, and was privileged to assist a team of Assistant U.S. Attorneys in a nationally publicized conspiracy trial.

Before turning to the law, Ruel served as a U.S. Army Air Defense Artillery officer, holding multiple combat leadership positions in the 101st Airborne Division (Air Assault) and the 3rd Infantry Division (Mechanized). As a captain, Ruel commanded a mechanized air defense artillery battery in the 2003 coalition assault into Iraq and subsequent peacekeeping mission. For his actions in Iraq, he was awarded the Bronze Star Medal (with "V" device for valor).

Ruel is a proud husband, father, and veteran whose interests include live music, military history, and football.