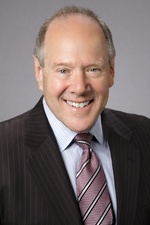 Josh Vincent is a senior member of the Appellate Practice Group of Hinshaw & Culbertson LLP. He has briefed and argued more than 350 appeals, resulting in 180 published decisions. Josh has appeared 12 times in the Illinois Supreme Court. He has also appeared in the Florida Supreme Court; the U.S. Courts of Appeal for the Seventh, Eighth, Ninth, Tenth and Federal Circuits; the New Jersey Appellate Division; the Ohio Appellate Court; and all districts of the Illinois Appellate Court.

Although Josh dedicates approximately 80% of his practice to appeals, he has won jury verdicts in state and federal courts and is a member of the federal trial bar in Chicago. His trial level practice mirrors several of the substantive areas of his appellate practice.

Josh joined Hinshaw in May 1983 and was elected a partner in 1989. He has been an elected member of the firm's Executive Committee since 2002.

Josh is Hinshaw's Professional Development Partner and is heavily involved in the hiring and training of the firm's young lawyers. He co-chairs Hinshaw University, which plans and produces the firm's nationwide basic skills, trial advocacy and continuing legal education programs, and is a member of the CLE Advisory Group to the Illinois Supreme Court Commission on Professionalism. Josh also chairs the Illinois Supreme Court Commission on Access to Justice's Appellate Forms Subcommittee.

Josh supervises the Chicago office's incoming class of new lawyers in many pro bono matters, including the prosecution of direct criminal appeals in the U.S. Court of Appeals for the Seventh Circuit. He spearheaded the firm's adoption of its first pro bono policy and the establishment of its nationwide pro bono legal services committee.

Josh is a regular speaker at bar association seminars on topics such as: appellate practice; trial practice; attorney training and education; health law; and insurance coverage. His speaking engagements include: