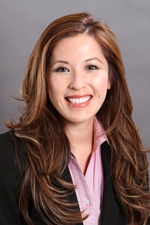 Ms. Cheng Arnold is skilled in all aspects of the litigation process, including pre-trial preparation, propounding discovery, attendance of hearings, trials and depositions, and negotiating and completing case settlements.

She has prior experience practicing in the areas of immigration and naturalization law, trademark and copyright applications, as well as criminal procedure.

During law school, Ms. Cheng Arnold was an extern for The Honorable Ronald S.W. Lew, of the U.S. District Court, Central District of California. She also served in a series of clerkships with the Preliminary Hearing Unit and Hard Core Gang Unit at the Los Angeles District Attorney's Office, where she conducted more than 30 felony preliminary hearings and argued pretrial motions as a state bar certified law clerk. She was also an extern in the Civil Pretrial Division at the Los Angeles City Attorney's Office.

In addition to her other law school accomplishments, Ms. Cheng Arnold participated in the District Attorney Trial Advocacy Program in 2001, and was a Mediation Clinic Conciliator at the Loyola Law School Center for Conflict Resolution in 2000.

In her undergraduate studies, Ms. Cheng Arnold had a double minor in Law and Society, and Psychology. She had an internship with the Investigation Unit at the San Diego City Attorney's Office, in which she incorporated her investigation experiences to complete a thesis paper entitled, "The Criminal Justice Sentencing Process," for which she received honors with high distinction. She was also Vice President and a member of Alpha Kappa Psi, a professional business organization, where she volunteered her time and organized activities to help preserve environmental causes.

Ms. Cheng Arnold  was an Extern for The Honorable Ronald S.W. Lew, of the U.S. District Court, Central District of California.

B.A., with honors and high distinction, University of California at San Diego, 1999