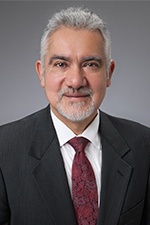 Leveraging his extensive litigation experience, Jorge works with his clients to find simple solutions for the legal issues they are facing. Keeping their business needs and goals in mind, Jorge is committed to getting the best outcome for his clients.

Having worked in the public and private sector for both large, established firms and start-ups, Jorge's career has provided him with a number of diverse experiences and insights. He spent the majority of his career with a Chicago-based firm, where he started practicing soon after completing law school.

After more than a decade in private practice, Jorge was approached to take on the role of general counsel for the Chicago Housing Authority (CHA), the third largest public housing agency in the country. The first Latino to serve in the role, Jorge oversaw the agency's legal affairs and counseled CHA's Board of Commissioners, senior management, and employees. During his tenure, Jorge held a number of leadership positions and also supervised the CHA's Office of the Inspector General, the ADA Compliance Department, as well as its One-Strike Program.

Following his return to private practice, Jorge was appointed Chief Ethics Officer and Chief EEO Officer for the CHA. In that capacity, he handled dozens of investigations involving potential violations of the agency's policies. He also conducted agency-wide training concerning various ethics, EEO, anti-discrimination, and anti-harassment policies. Further, in addition to providing counsel for the agency's officers and employees, Jorge issued advisory opinions.

Born and raised in the Pilsen neighborhood, Jorge attended St. Ignatius College Prep. An avid sports fan, he enjoys cheering on the Sox, Bulls, Blackhawks, Bears, and the Fire. His idea of the perfect day is being in his backyard on a summer day, grilling and listening to sports or 80s dance music with his family and friends.