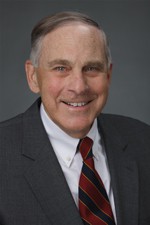 Harvey M. Sheldon has extensive experience in the field of environmental law, including counseling, litigation, mediation and other dispute resolution and facilitation services. He has handled issues and litigation involving the Clean Air Act, Resource Conservation and Recovery Act, Clean Water Act, Superfund, and other important environmental laws and regulations. He is also regularly engaged in related business, transactional and liability questions for clients. Harvey has represented private clients ranging from individuals and entrepreneurial companies to Fortune 100 corporations and major financial institutions. He has appeared in both federal and state trial courts and in courts of appeals in environmental and other matters civil and criminal.

Harvey is on the panel of approved Law Division and Chancery Division mediators for the Circuit Court of Cook County. He offers mediation and other dispute resolution and facilitation services for environmental, toxic tort and other public policy problems and issues, as well as for business relationships, land use, real estate and energy matters.

Harvey was the Chief of the Illinois Attorney General’s Environmental Enforcement Division in the early 1970s, supervising 20 lawyers and a staff of investigators in the representation of the state and the Illinois EPA. His work in environmental enforcement began in January 1972, before several of the major federal laws governing the subject were even enacted. He supervised a docket of hundreds of proceedings that involved air, water and land pollution cases.

His division was responsible for the establishment of precedent on the federal common law of water pollution in interstate waters, in cases such as Illinois v. Milwaukee. Harvey filed the state’s amicus curiae brief that urged the Supreme Court to require rules on prevention of significant deterioration as part of the Clean Air Act regulatory scheme (Sierra Club et al v. Ruckelshaus). In addition to supervising and directing the attorneys of the division, he tried environmental enforcement matters in court and in administrative proceedings. Harvey also argued a number of cases on appeal in both state and federal court.

Harvey's public counsel continued even after he entered private practice. He served for a time as Special Counsel to the Illinois Department of Mines & Minerals, helping the department develop the state’s surface coal mining regulation program. Harvey's public service experience also includes work as an Assistant Attorney General in the Special Prosecutions Unit of the Illinois Attorney General's Office. He participated in investigations and sought civil remedies against official corruption and organized crime.

Harvey has been engaged in the private practice of law, concentrating in environmental law, for more than 25 years, primarily on behalf of business clients. Harvey's environmental litigation experience includes the following:

Harvey is a member of the Board of Advisors of The Environmental Counselor, as well as a Contributing Editor of Eastern Water Law & Policy Reporter, both of which are national periodicals.

Harvey has also written extensively on environmental law topics. His publications include: