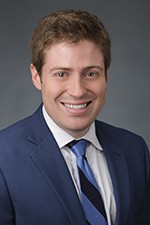 Brandon Stein focuses his practice in consumer financial services and class action litigation, representing creditors, debt buyers, debt collectors, and law firms on a variety of issues including individual and class action claims brought under the FDCPA, TCPA, FCRA and other consumer laws, both state and federal. Brandon also devotes a significant portion of his practice to representing companies of all kinds in high exposure class action claims brought under the TCPA. He has experience in defending against claims brought under Illinois' Biometric Information Privacy Act (BIPA). He also has experience in contract disputes, collections matters, loan negotiations, mortgage foreclosure litigation, title disputes, and legal malpractice matters.

Brandon drafts and argues various types of motions, including motions to dismiss and for summary judgment, as well as discovery motions. He sees the discovery process through, takes and defends depositions, and has been involved in both trials and appeals. In doing so, Brandon has handled both individual and class action lawsuits, as well as consolidated and multi-district litigation. His clients have included large national banks, debt collectors, debt buyers, construction contractors, small and large investment groups, law firms, attorneys, franchisees, and web developers.

In addition to Brandon's work in consumer financial services, he has also handled matters with the firm's immigration and legal malpractice groups. In the area of immigration law, Brandon has addressed family and employment-based immigration matters, assisted employers and their employees with obtaining various types of work visas, and assisted individuals with obtaining permanent residency and citizenship in the United States. He also has assisted several individuals with immigration issues that have arisen out of travel outside of the United States to other countries.

Prior to joining Hinshaw & Culbertson LLP, Brandon was an associate in the Chicago office of a national law firm serving the default industry. During law school, Brandon gained legal experience in a variety of ways. He served as a judicial intern to the Honorable Justice Annette Ziegler of the Wisconsin Supreme Court; clerked for a sole-practitioner personal injury, estate planning, and real estate firm; worked as a summer associate with a large law firm in Minnesota; and interned in the Office of Legal Counsel for former Wisconsin Governor Scott Walker.

Brandon's law school accomplishments include having graduated with honors and being a member of the Dean's List. He also received the Dean's Academic Achievement Award and Best Performance in Civil Procedure II. He graduated in the top 25 percent of his law school class. During his undergraduate studies, Brandon was a member of the Phi Alpha Delta Pre-Law fraternity, and studied abroad at Lorenzo De Medici, in Florence, Italy. He also served as a legislative intern to a State Representative of the Kansas House of Representatives and spent two summers working at a white collar criminal defense law firm in Minneapolis, Minnesota.

Brandon plays golf and hockey, and is also an avid fisherman. He enjoys studying history, keeping up with politics, and traveling.