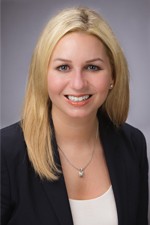 Ms. Titcomb has successfully resolved complex claims through dispositive motions in both state and federal courts, and has also secured favorable resolutions to high-exposure matters through mediation, arbitration and trial.

Prior to joining Hinshaw & Culbertson LLP in December 2016, Ms. Titcomb was an associate at an international insurance and construction litigation firm headquartered in Chicago. She began her legal career as a litigation associate with one of Chicago's oldest law firms, Tews, Theisen & Theisen, established in 1867. Thereafter, Ms. Titcomb served as an associate in the Chicago office of a national defense trial firm.

During law school, Ms. Titcomb practiced under Illinois Supreme Court Rule 711 as an extern/law clerk with the Torts Division of the City of Chicago Corporation Counsel. She was the recipient of an academic scholarship and was a member of the Dean's List and Honor Roll. In addition, Ms. Titcomb received the Blue Book Award in Trial Skills, served as a Teaching Assistant for Trial Skills, and participated in Mock Trial.