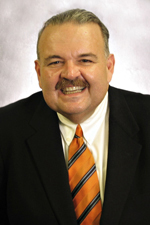 Mr. Laplante is an experienced trial lawyer who concentrates his practice in national and regional representation of clients, encompassing products liability, construction, transportation and commercial litigation.

In January 2009, Mr. Laplante was voted a member of the American Board of Trial Advocates. In September 2009 he was elected to membership in the Federation of Defense & Corporate Counsel.

Mr. Laplante joined Hinshaw & Culbertson LLP in April 1987. He is a past chair of the firm's Defense Litigation Practice Group.

Mr. Laplante has tried jury trials in matters involving personal injury, complex litigation, and wrongful death in the areas of pharmacy, trucking, products liability, auto and general liability, construction and medical malpractice. Due to matters of confidentiality, Mr. Laplante is no longer able to identify recent trials, however, representative trials in the past include:

He has extensive experience in representing clients as part of his construction practice in complex litigation arising from design, engineering and the construction process.  This includes representing manufacturers of building products in alleged defect matters; defective workmanship allegations resulting in collapse of structures and wrongful death to water intrusion in multi-party litigation; and injuries/wrongful death on the job site litigation raising the intricacies of contractor/sub-contractor interplay and immunity.

In addition, he has litigated medical malpractice matters involving doctors, dentists, hospitals and other medical care providers, including: