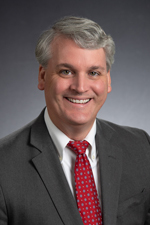 Andrew Collinson focuses his litigation practice in products liability defense, and the defense of personal injury and property damage claims. His clients include automobile, recreational vehicle, and medical device manufacturers. Andrew has also advised clients on a variety construction services matters, namely those involving building products and construction defect litigation. He has substantial experience in Magnuson-Moss Warranty litigation, as well as Lemon Law litigation. Additionally, Andrew devotes a part of his practice to life, health and disability litigation, both ERISA and non-ERISA.

Prior to joining Hinshaw, Andrew was an Assistant State Attorney in Bradenton, Florida, where he prosecuted hundreds of cases in the Misdemeanor and Juvenile Divisions, and gained valuable trial experience. After law school, he served as a law clerk to clerk to the Honorable Rochard Smoak, Jr. of the U.S. District Court for the Northern District of Florida (2008-2010) and as a law clerk to the Honorable Emmett Ripley Cox of the U.S. Court of Appeals for the Eleventh Circuit (2010-2011). He was also an associate in private practice with a leading Tampa Bay firm.

During law school, Andrew interned with the Internal Revenue Service and clerked for the U.S. Attorney's Office in Tampa, Florida, as well as for the Honorable J. Garvan Murtha of the U.S. District Court for the District of Vermont.

After completing his undergraduate studies, Andrew worked as a staff assistant for a United States Senator. He also taught third grade with Teach For America, in Franklin, Louisiana.

From 2001-2005 Andrew served his country as an officer in the United States Coast Guard, where he was the recipient of the Coast Guard Achievement Medal, the Navy/Marine Corps Achievement Medal, the Commandant's Letter of Commendation and the Global War on Terrorism Expeditionary Medal. He served in Hawaii, in Key West aboard Coast Guard Cutter "Thetis," and in the Kingdom of Bahrain with Patrol Forces Southwest Asia in support of Operation Iraqi Freedom.