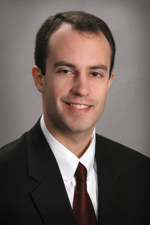 Mr. Sondag is engaged in all aspects of trial practice; preparing pleadings, arguing motions, taking depositions, obtaining dismissals, reporting to clients, researching law for various jurisdictions, etc. He is admitted to practice in both Illinois and Missouri, as well as the U.S. Court for the Southern District of Illinois and the Eastern District of Missouri.