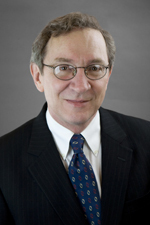 Prior to joining Hinshaw in May 1978, Stephen served as an Assistant Attorney General for the State of Illinois.

Stephen is a past leader of the firm's Appellate Practice Group. Its members include attorneys who have practiced in the United States Supreme Court, every federal circuit of appeals and state reviewing courts throughout the country.

Stephen has also given presentations concerning physician liability for managed care practices before the American College of Physicians/American Society of Internal Medicine and the American Society of Medical Association Counsel. His presentations include "To See and Foresee: The Pro-Active Use of Monitoring and Appellate Counsel at Trial," at Hinshaw’s Annual Insurance Services Symposium, in Chicago, Illinois, October 2010.

He has authored several chapters on appellate topics for IICLE. The topics on which he has written or spoken include: