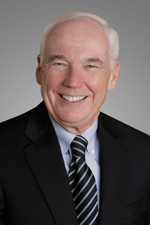 Samuel Sorich has been a respected representative of the California insurance industry for more than 25 years. He focuses his work on expanding the firm's presence and relationships in the capital, particularly with the Department of Insurance and other state agencies.

Mr. Sorich joined Hinshaw & Culbertson LLP in October 2014 as a result of the merger of Hinshaw and the Los Angeles-based firm of Barger & Wolen LLP. He resides in the firm's Sacramento office. Prior to his tenure with Barger, Mr. Sorich served from 2002 to 2010 as President of the Association of California Insurance Companies (ACIC), California's longest established property/casualty insurance trade association. As president of the ACIC, Mr. Sorich directed the association's legislative, regulatory and litigation activities. Under his leadership, the ACIC played a key role in the:

Prior to joining the ACIC, Mr. Sorich served for more than seven years as Regional Vice President of one of the predecessor associations of the Property Casualty Insurers Association of America (PCI). In that position, Mr. Sorich took an active role in addressing the significant California property/casualty insurance issues, including:

While leading the ACIC, Mr. Sorich continued to direct PCI's efforts in Arizona, Oregon, Nevada, Hawaii and other western states. For nearly a decade, Sorich represented the insurers before the National Association of Insurance Commissioners and took the advocacy lead on several important issues including market conduct exams, producer licensing, and insurers' use of credit information for underwriting and rating.

Prior to his legal career in insurance, Mr. Sorich served as a Peace Corps volunteer and as an assistant attorney general in the office of the Illinois Attorney General.

Mr. Sorich has been a guest on the A.M. BestTV podcast. His publications include: