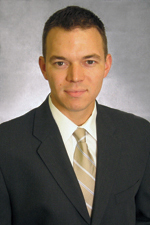 In addition to his employee benefits practice, Pete regularly represents parties in commercial disputes that arise from insurance policies, vendor contracts, partnership and shareholder agreements, and employment agreements. He has represented business owners in the drafting of operating and employment agreements and successfully resolved contract and business-tort claims arising in a variety of contexts. Pete's track record includes the successful defense and resolution of class actions under ERISA, the Telephone Consumer Protection Act (TCPA), and other consumer protection laws.

In the course of his work, Pete has practiced before courts across the country. He has briefed and argued appeals in the First and Seventh Circuits, and he has achieved favorable results for clients in matters pending before U.S. District Courts in the First, Fourth, Seventh, Eighth, Ninth, Eleventh, and D.C. Circuits. Pete's practice has resulted in reported case law regarding, among other things, the scope of discovery under ERISA, the disclosure obligations of plan fiduciaries, and the formation of insurance policies and reinsurance treaties.

The following cases are representative of the ERISA and health plan-related matters Pete has handled.

The business disputes that Pete has handled include the following:

The class actions that Pete has defended include the following:

Pete is a supporter of the Chicago Symphony Orchestra, 98.7 WFMT, and PAWS Chicago. He lives with his wife and three children in Chicago's Lincoln Square neighborhood. When parental and professional work leave time, he runs and reads history books and novels.