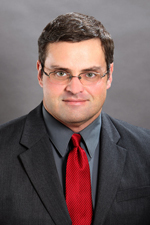 Jeremiah Snowden devotes his practice to the defense of workers' compensation claims with particular emphasis in deposing doctors, treaters and other expert witnesses. He handles all phases of the litigation process, including taking depositions, preparing motions and pleadings, appearing at settlement conferences and hearings, preparing witnesses, trying cases, and appellate work. Mr. Snowden's substantial experience in benefits is an asset he uses in the defense of his clients at trial.

Mr. Snowden began his legal career in 2001 as an associate attorney with Witzig, Hanna and Sanders, in Santa Cruz, California. In 2005, he became an associate at Adelson, Testan, Brundo, Novell & Jimenez, a workers' compensation boutique in San Francisco, before starting his own firm.

During law school, Mr. Snowden volunteered at legal clinics for homeless, runaway youth and those with HIV/AIDS.