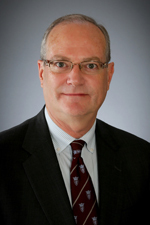 Jeffrey R. Glass is a trial lawyer who concentrates his practice in the defense of professional liability, hospital and nursing home liability, products liability, and all types of catastrophic injury, wrongful death, and property damage claims. His assignments routinely include the defense of numerous professionals, including physicians and hospitals, architects and engineers, lawyers, and accountants, in negligence claims.

Jeffrey began the practice of law in 1978, and he has a consistently successful record of trial work. Since 1984, his civil trial work has included the successful defense of physicians, architects, accountants, and lawyers, as well as hospitals, nursing homes, major medical school institutions, and companies.

Jeffrey has tried in excess of 100 jury trials to verdict. Of those, only eight trials have resulted in any award of money damages against his clients.

Jeffrey is the former Business Development Leader for the Health Care Practice Group at Hinshaw & Culbertson LLP, as well as a former member of the firm's Executive Committee. Further, Jeffrey is a past regional director and also a past partner-in-charge of both the Belleville and Edwardsville offices. In addition, he is a past chair and former member of Hinshaw's Diversity Committee.

Before joining Hinshaw in July 1986, Jeffrey was a prosecutor with the States Attorney's Office of St. Clair County, Illinois. He handled arson, embezzlement, and other white-collar crimes, and in four years he successfully prosecuted 23 felony jury trials to verdict without a single loss.

Jeffrey has frequently secured defense verdicts or favorable settlements on behalf of his clients in trials involving highly emotional allegations and substantial potential damages. Representative examples of his effective defense counsel include the following:

Jeffrey frequently appears before business, educational and professional groups to speak on litigation-related topics. His representative presentations include: