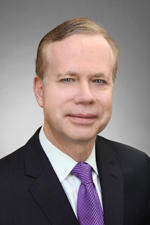 James Harbert is the head of the firm’s employee plans practice. His practice covers the full spectrum of employee plans matters, including the defense of employee plan fiduciaries and sponsors in litigation and governmental investigations. Mr. Harbert is also regularly engaged by actuaries and other employee plan professionals for the defense of professional liability claims involving employee plans. Mr. Harbert started his career as a trial attorney for the U.S. Department of the Treasury, representing the Commissioner of Internal Revenue in civil tax cases. Since entering private practice, Mr. Harbert has continued his tax litigation practice and his engagements have included cases in which he uncovered governmental misconduct and overreach. His discovery of an abuse of a state grand jury in one case led to suppression of key parts of the State’s evidence and removal of the State’s lead lawyer. In another, he successfully blocked the federal government's attempt to obtain access to secret grand jury testimony for use in civil litigation against his client. In addition, he won a rare attorneys’ fee award against the federal government for its overreach in the pursuit of an unjustified lawsuit.

Mr. Harbert began his legal career as a trial attorney with the U.S. Department of the Treasury. He has been in private practice since 1982, joining Hinshaw & Culbertson LLP in May 1988.

His presentations have included: