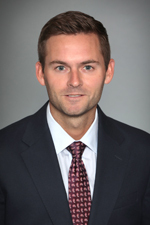 James Brodzik represents clients in a wide range of litigation matters. His experience includes life, health and disability litigation, both ERISA and non-ERISA, as well as clients involved in Fair Debt Collection Practices Act (FDCPA) and other consumer protection related suits. He also defends professionals—including doctors, lawyers, and accountants—facing claims of malpractice and negligence. James has handled numerous class action and personal injury cases. He also has extensive experience in areas of products liability, premises liability, and toxic tort defense where his representative matters extend from Fortune 500 companies to local municipalities and schools.

James began his career at Hinshaw as a summer associate and began practicing with the firm just over a year later.

Before embarking on his legal career, James was a data analyst for ShopperTrak LLC, in Chicago.

In addition to his academic accomplishments, James was involved in a number of activities and associations during law school. He served as a member and committee leader of the Disaster Relief Legal Association.

James is a member of the Missouri Athletic Club. His hobbies include golf, film and travel.

James has been active in fundraising for the Leukemia and Lymphoma Society, and volunteers as a coach for the Fairview Heights Khoury baseball league He also volunteers as a Judge for Washington University in St. Louis Moot Court Competition.

B.S., University of Illinois at Urbana-Champaign, 2009