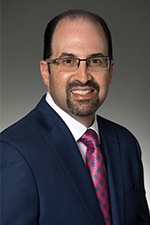 David has appeared as a legal analyst in print media as well as on a number of national, international, and local television news programs for networks that include CBS, ABC, NBC, PBS, Fox, CNBC, MSNBC, CNN, CTV, the BBC World News, and SKY News.

Before joining Hinshaw & Culbertson LLP, David S. Weinstein practiced at two different firms in Miami. He was a senior member of the white collar practice teams at each firm.

David is the legal analyst and host of Huddlin' With the Pros (HWTP) Sports Talk Radio which airs live every Wednesday from 9:00–10:00 p.m. (ET).