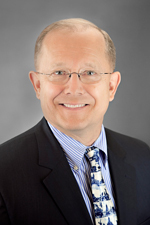 Mr. Fisher is a Fellow of the American College of Trial Lawyers, has tried more than 80 civil cases to verdict in Illinois, Indiana, Maryland, New Jersey, New Mexico, New York, Ohio, Pennsylvania, Texas and Washington, and has been admitted pro hac vice in over 30 state and federal courts.

Mr. Fisher has represented American trucking companies and European, Asian and American product manufacturers in their lawsuits throughout the United States, served as national trial counsel for a management services company and several consumer services companies, and acted as national product liability supervisory counsel for a consortium of international amusement ride companies.

Mr. Fisher is the Leader of the Transportation Practice Group of Hinshaw & Culbertson LLP.

Mr. Fisher is a Fellow of the American College of Trial Lawyers. He has been recognized by his peers as a Leading Lawyer in the category of Personal Injury Defense Law: Products Liability and General. Mr. Fisher holds the AV® Peer Review Rating from Martindale-Hubbell, its highest rating for ethics and legal ability.

In 1985 and 1986, Mr. Fisher tried 10 straight cases to defense verdicts, the streak coming to an end in a hung jury on a wrongful death case. His trial record has continued into the second decade of the 21st century where he has prevailed in over 70% of his cases tried.

In addition to his other accomplishments during law school, Mr. Fisher was the recipient of the Waterman Prize and the Rickert Award for Excellence in Moot Court.

While attending the University of Illinois as an undergraduate, Mr. Fisher became a member of Phi Beta Kappa, Omicron Delta Kappa, Delta Sigma Rho-Tau Kappa Alpha and Phi Eta Sigma fraternities. He was on the Dean’s List all four years.

Significant trial and appellate cases in which Mr. Fisher has been involved include:

Mr. Fisher has also made numerous speeches on litigation-related topics in Chicago and around the country. His presentations include:

Mr. Fisher has written monographs entitled "What Every Claims Representative Ought to Know About the Rules of Evidence," and "Successful Defense of an Amusement Ride Accident Case." He is the author of a number of articles and chapters on litigation topics, including:

In Carl’s spare time, he enjoys golfing, running and refereeing adult amateur and college soccer matches for the US Soccer Federation and NCAA.

He plans and leads tours of Normandy and D-Day battle sites.