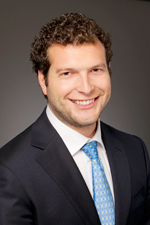 Ben is recognized for his strategic ability to successfully and aggressively resolve disputes, in an efficient and cost-conscious manner. He has a track record of developing and implementing creative solutions to complex legal problems.

Prior to joining Hinshaw, Ben spent over three years as an attorney in public service for The Port Authority of New York and New Jersey. In that capacity, he defended the Port Authority in six jury trials to verdict and brought a number of property damage/breach of contract cases, which won the Port Authority over 5 million dollars. Ben began his legal career with a boutique personal injury firm in New York.

He also gained a wealth of knowledge through legal externships and internships during law school, including work with the United States Attorney's Office for the Eastern District of New York and the Office of the Nassau County Attorney.

During law school, Ben was named to the Dean's List and received a merit scholarship.