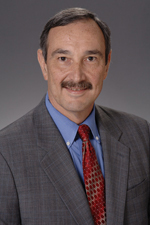 Mr. Grigsby has argued appeals in every jurisdiction, state and federal, in the state of Florida.

Mr. Grigsby has been a member of The Florida Bar since 1981 and in the past, has been retained and testifies as an expert witness on Florida law regarding insurance coverage and bad faith issues in both first party and third party insurance matters.

Mr. Grigsby's clients include many major regional and national insurance carriers. Among them are:

He is a lecturer on insurance coverage litigation and uninsured motorist coverage for the National Business Institute. Mr. Grigsby also lectures on bad faith avoidance and claims handling. His presentations include: